Below are links to a few insightful webinars. Speakers include Darrell Duffie, John Hull, and Hersh Shefrin. 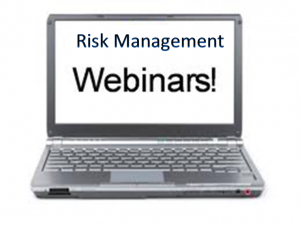 The Volcker Rule has stirred a lot of conversation about second and third order consequences on the financial industry. Dr. Darrell Duffie, the Dean Witter Distinguished Professor of Finance at the Graduate School of Business, Stanford University will summarize his January research paper titled “Market Making Under the Proposed Volcker Rule”.

By: John Hull
http://www.youtube.com/watch?v=SZ4dvlsRrY4
The over-the-counter derivatives market is undergoing a tidal wave of change that will affect financial institutions throughout the world. We are moving from a world where the majority of transactions are cleared bilaterally to one where the majority of transactions will be cleared through central clearing parties (CCPs). Collateral requirements will be increased and trades will have to be reported to central repositories. This webinar will explain the difference between bilateral clearing and central clearing and the new regulations that require standard OTC derivatives to be cleared centrally. It will examine key questions concerned with the costs and benefits of central clearing. It will also explain the role of CVA and DVA, how they are calculated, and the impact of the new Basel III requirements.

Risk Management and the Financial Crisis

By: Hersh Shefrin of NYU
http://www.youtube.com/watch?v=qLnXesxOnHs

No physical events, such as a tsunami, war, or climate change precipitated the global financial crisis, whose effects will continue for many years. Instead, the root cause of that crisis was psychological. In the events which led up to the crisis, heuristics, biases, and framing effects strongly influenced the practice of risk management within key financial firms and rating agencies. Examples involving Merrill Lynch, UBS, Citigroup, Standard & Poor’s, and AIG illustrate this point. The associated risk management practices represent low hanging behavioral fruit. There are also deeper structural behavioral issues lying at the intersection between the financial system and political system.