The Basel Committee on Banking Supervision (BCBS) defines operational risk “as the risk of loss resulting from inadequate or failed internal processes, people and systems or from external events. This definition includes legal risk, but excludes strategic and reputation risk.” Operational risk occurs in all day-to-day bank activities and its losses are unpredictable most of the time. Unfortunately, organizations are often affected by substantial losses due to events they fail to foresee or to mitigate. These disastrous financial effects are usually caused by the lack of an effective operational risk management within the company.

Operational risk-weighted assets is a measure devised by regulators that determines how much capital a bank needs to hold against potential losses from human error, external threats, fraud and litigation. Operational RWAs are on the rise, as noted in some examples below:

Operational risk entered the global regulatory debate after the 1995 collapse of U.K. bank Barings Plc following a rogue trader’s losing bets on derivatives. Under Basel II guidelines, banks had wide leeway in how they calculated possible losses for operational mistakes using their own internal models. When the Basel committee revised the rules after the 2008 financial crisis, policy makers tightened the calculations, requiring past losses be taken into account and increasing the power of regulators to demand changes.

US regulators have become more aggressive in making sure banks’ internal models are appropriately measuring the operational hazards firms face. The push has been accelerated by legal disputes involving mortgage lending during the housing boom, alleged market-rigging and sanctions violations. “One of the central lessons coming out of the financial crisis was that supervisory expectations for risk management” needs to be much higher, Thomas Curry, the US Comptroller of the Currency, said in May. He previously said that operational risk is the biggest safety concern for banks, citing threats including cyber-attacks and failure to comply with anti-money-laundering rules.

Varying business types require different approaches to managing operational risk. As Steve Bhatti (Chief Operational Risk Officer at Santander North America) states,  “a retail business can naturally have lots of one-off small losses, while an investment bank can have a one-off rogue trade with a large loss; meanwhile your corporate business can have very low, nominal losses and also one-off large losses. So those different businesses have different loss profiles and what that means is that, even though you have a standard operational risk framework, you need to tailor it to each business in order to understand where the breakdowns are occurring in line with the losses and where the risks are. That’s the key thing that needs to be undertaken. It’s not taking a standard discipline and just applying it in blanket form across different business types.” When managing operational risk, it is important to “look at each one of the businesses and working out how do you integrate and engineer an operational risk framework so it’s embedded in the day-to-day business activities of your business.” 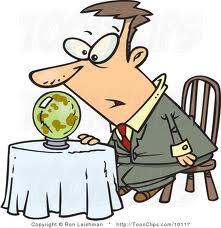